Posted on October 28, 2017 by greatplainstrail 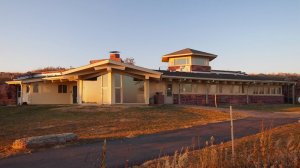 I’m a little late in seeing the movie, The Revenant, starring Leonardo DiCaprio.  It came out in 2015 and I only just recently saw it on DVD.  It was good.  It was action packed and entertaining, and I suppose that’s all we can ever expect from movies anymore.  Maybe a true movie buff could set me straight, but it seems like Hollywood is in a bit of a rut, but I digress – already.

The movie, set in the 1820s, tells the story of Hugh Glass, who is left for dead by his comrades after a brutal grizzly attack.  He survives all manner of tribulations and eventually gets his revenge for being abandoned.

It’s based on a true story, and as it turns out, the Great Plains plays a central role in a couple of ways, but Hollywood, being hell-bent on ignoring middle America, misses the boat once again.

The real life Hugh Glass did get attacked by a grizzly and did have to make his way back to civilization after being abandoned.  His adventure occurred in 1823 entirely on the Great Plains. He was attacked west of the Missouri River in present day South Dakota, and traveled two hundred miles, with a broken leg and a host of other injuries to Fort Kiowa, also in South Dakota.  The Hollywood version of course ignores South Dakota entirely and takes place among the soaring snow capped peaks and dense forests of the Rocky Mountains.  It’s stunning, and admittedly, it makes for good cinema, but the Great Plains can make for good cinema too.  Remember Dances with Wolves?  South Dakota had a starring role in that film.  The Great Plains can be just as dramatic as the mountains, except Hollywood usually typically chooses scenery that is less imaginative, and in this case, false in terms of historical accuracy.

The second slight for the Great Plains is that they based the movie on a recent book of the same name by Michael Punke.  However, Punke’s book was not the first to be written about the Hugh Glass saga.  Another book, called Lord Grizzly, written by Frederick Manfred, was a finalist for the National Book Award in 1954.  It’s a much truer biographical account of the story of Hugh Glass, and it was written by an author with real Great Plains credentials.  Frederick Manfred spent much time traveling in the Great Plains doing research for Lord Grizzly.  He eventually settled in a house which he built at what is now Blue Mounds State Park in southwest Minnesota, smack in the middle of the tallgrass prairie in a region he referred to as Siouxland.  Manfred’s book is true to the setting, plot and spirit of the real story.

Does Hollywood care about authenticity?  Nope.

2 Responses to The Revenant