What Makes a Place “Western?”

Posted on April 27, 2014 by greatplainstrail 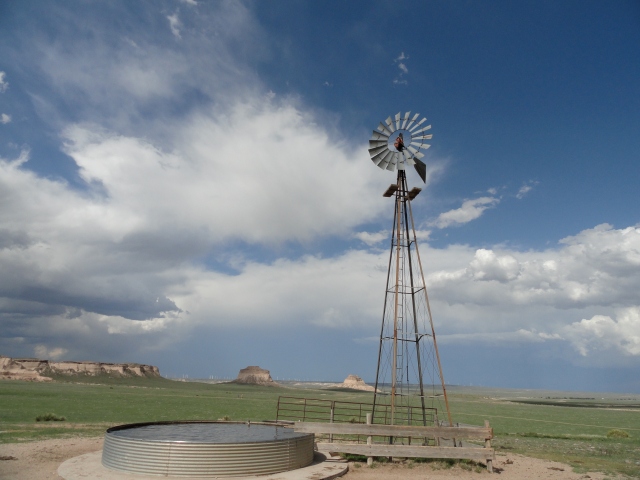 In the last decade or two, the American West has been a hot commodity.  Boomtown after boomtown has risen from the ashes of a former economy that was based mostly on mineral extraction or timber harvesting.  All across the West, tourism and recreation thrived as people came pouring in from other places in search of adventure, big scenery, and sunshine.

Left out of this boom was the Great Plains.  Part of the reason for this is that it is left out of most people’s definition of the West due to its perception as dull, flat and boring, but what exactly is the West, and what are its boundaries?  What makes a place “western?”  The fact is, the Great Plains can outshine lots of places in the West in terms of history, wide open spaces, wildlife, and even geology.  Is that not western enough?

How do you define the borders of the West?  What makes a place “Western?”

Great Plains Trail Alliance believes the time has come to include the Great Plains in the discussion of the future of the West, and the definition needs to be expanded to include everything west of the 100th meridian.  If we do not, the Great Plains will continue to suffer at the hands of people who do not care about it, but see it only as a place to extract resources that will line the pockets of the very few.  This is not the future that the Great Plains deserves.  It is a national treasure, full of amazement and grandeur, meant to be experienced and enjoyed, just like the rest of the West!

“One cannot be pessimistic about the West. This is the native home of hope. When it fully learns that cooperation, not rugged individualism, is the quality that most characterizes and preserves it, then it will have achieved itself and outlived its origins. Then it has a chance to create a society to match its scenery.”

— Wallace Stegner from The Sound of Mountain Water

2 Responses to What Makes a Place “Western?”