His Horse is Spirited

Posted on October 2, 2011 by greatplainstrail

One of the best things about the Great Plains is its history.  The region is home to so many amazing tales and household names from this nation’s past – Lewis and Clark, Sitting Bull, Custer, Crazy Horse, Red Cloud, and Calamity Jane to name just a few.

I recently stumbled upon a quote about one of these people, Crazy Horse.  It was from the book Great Plains by Ian Frazier (one of my all time favorites).  I’m posting it here because I think it captures the spirit of the people of the Great Plains wonderfully.  Enjoy!

Personally, I love Crazy Horse because even the most basic outline of his life shows how great he was; because he remained himself from the moment of his birth to the moment he died; because he knew exactly where he wanted to live, and never left; because he may have surrendered, but he was never defeated in battle; because, although he was killed, even the Army admitted he was never captured; because he was so free that he didn’t know what a jail looked like; because at the most desperate moment of his life he only cut Little Big Man on the hand; because, unlike many people all over the world, when he met white men he was not diminished by the encounter; because his dislike of the oncoming civilization was prophetic; because the idea of becoming a farmer apparently never crossed his mind; because he didn’t end up in the Dry Tortugas; because he never met the President; because he never rode on a train, slept in a boardinghouse, ate at a table; because he never wore a medal or a top hat or any other thing that white men gave him; because he made sure that his wife was safe before going to where he expected to die; because although Indian agents, among themselves, sometimes referred to Red Cloud as “red” and Spotted Tail as “spot,” they never used a diminutive for him; because, deprived of freedom, power, occupation, culture, trapped in a situation where bravery was invisible, he was still brave; because he fought in self-defense, and took no one with him when he died; because, like the rings of Saturn, the carbon atom, and the underwater reef, he belonged to a category of phenomena which our technology had not then advanced far enough to photograph; because no photograph or painting or even sketch of him exists; because he is not the Indian on the nickel, the tobacco pouch, or the apple crate. Crazy Horse was a slim man of medium height with brown hair hanging below his waist and a scar above his lip. Now, in the mind of each person who imagines him, he looks different.

The Great Plains itself can also be described in similar, simple terms (a broad expanse of rolling, grass covered land) but in the mind of each person who experiences it, it is different. 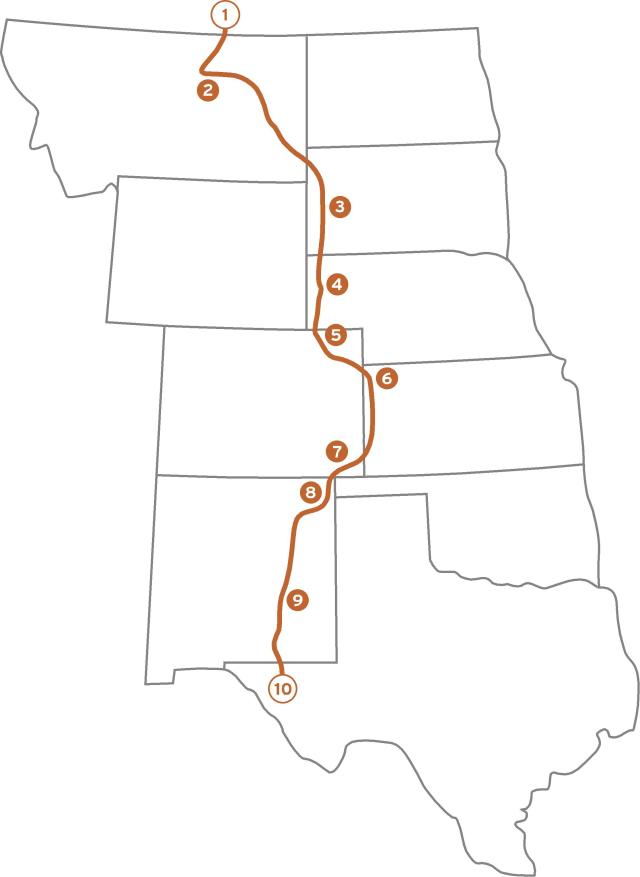